I write to tell stories 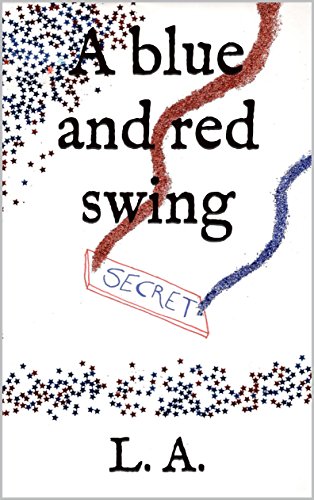 The world seen from a porthole.

…….In the early years of my life I was accustomed to living with serenity and spontaneity, because the only rules I had to respect were those of home and, naively, I had never asked myself whether out of my house there were other rules: just I saw something on a shelf and I’d reach across my hand to touch it and pick it up. I had to investigate, hear and record. A child’s curiosity is boundless, maybe that’s why they are all a bit rebels from small, but it is also normal. Life is a gift and I think we are aware of it only at the beginning of our existence, when we live calmly without fuss absurd, abstruse and incomprehensible rules; to burn is a bit like finish thrown into a crowd of people at the market. Our eyes fill colors of clothes of passers-by and we were so taken by the goods on display, that the fact to be there, it invests us like an explosion; so, we do not focus well on the rules that govern that fiber of the universe, we simply enjoy it as long as we can.

From the car window that drove my mother, I saw scroll fields, homes and people like a series of photographs in bright colors. I was kidnapped by the succession of images; memorized landmarks, like a tree or a wall and marveling my own ability to memorize the places I had seen.  Some nights we went out all three together drive: I was sitting behind, my mother was sitting in the passenger seat, next to my father, who was at the wheel. The dark outside enveloped the car like a blanket and I loved lying down on those seats slightly inclined towards the bonnet, too dark as night. The only flashes that lit up the interior of the car were my father’s cigarette Firefly orange and colored dots of the dashboard: from my kennel I saw those colored stars, while my parents who, with their whispering, to reconcile my sleep, enveloped by the rumbling of the motor car, which he had on me the same soporific effect of the wind that howled outside our House.

…….Going forward slowly in this oppressive mechanism with which you will harden the heart with the sole purpose of annihilating the child in you, convincing you that childhood is stupid stuff and that adulthood is your only and unavoidable goal, you will wake up one day of your youth, in a life suffered and never really lived, where the only anchor of salvation is the fantasy, that magical third eye that allowed you to see everything under a different light: childhood would make the ugliest place on the face of the Earth, magical and full of wonders. In the immediate adolescence grow involves an awareness and the acquisition of the consciousness of the sad reality that surrounds us, that with brushstrokes, more and more dipped of a dense ash gray, ash cover up to make it disappear completely the beauty of any place, bringing to light , as in an archaeological excavation, the bones of the raw and ruthless essence of life.

The habit and the exercise of writing awakened in me the perceptions I did not yet know to possess; in my soul there was a Poet, timid and fearful of human beings, whose intrigued gaze allowed me to see the surrounding environment under different aspects. With the arrival of autumn, the hills of the Ferro Monalatto bloom new life; the vineyards arranged disorderly on the slopes of the hills, wear colorful clothes, the palm leaves go from red to intense yellow, from green to brown and communicate, with these nuances worthy of a painter, a warmth that warms the heart. The acacia woods are lit with that yellow that contains all the strength of the sun, the pine woods keep a dark and shady green and the fields, whose borders of wild bushes wear a reddish worthy of royal clothes, they pale, as if they were afraid of the arrival of the harsh winter.

A few days before the start of the school, while I was swinging on the swing that my uncle had built for me after the accident with the Alguco, my eyes rested on a tree in front, a few steps from where I was and with I noticed how much his appearance had changed; I wondered if it had happened all night, suddenly. I remembered the green leaves of that plum tree and I could not understand the beauty that had suddenly reached each other from day to day in red and yellow; those two colors merged into the thick foliage of that tree, giving life to a picture of a beauty that left me breathless. I looked around and saw that even the trees at the end of the driveway had changed, even those on the other side of the hill were suddenly dressed up to celebrate the Autumn. All this moved me, the beauty of that transformation was fantastic, I found it a sort of masked ball to honor the summer and greet her with warmth and liveliness. The need arose in me to sing that show with words; it was an extraordinary fact that deserved to be remembered with appropriate words. I ran to my room, went up four steps at a time the stairs, grabbed my diary and the keys of his lock that I jealously stored in the belly of a stuffed rabbit, then I went back to the garden and sat down on the swing. I began to reflect on how I could praise the wonder of colors that was shown to my eyes and then it happened as if by magic that the words were placed on the white paper by themselves, as if a mysterious recall had brought them to me. At just eight years the poems that you learn at school are very simple, but from those few verses I had studied I had learned to grasp the melody of the words used to describe something, that touched the strings of my heart and made them vibrate. I ran to my mother to decant my cleverness and my compositions; like all the mothers who considered her son a fool and a naive, she showed a false interest in my creatures and after a few minutes she had already forgotten what I had made her read.

My father’s indifference was not far behind; on Sundays, at the table during lunch, absolute silence was imposed on those present in the name of television: once it was sport, once the news, then the film. Even today this unhealthy habit of listening to that blathering box that spits idiocy, silencing the family present, accompanies us every moment of our domestic life. I stayed there, sitting at the table with my head down and whatever I had to say, the television surpassed me, she, that damn box of the cathode ray tube, was more important than me. With the passing of the years, my feeling of being an invisible ghost within the family increased dramatically; my parents were too busy with their chores to dedicate a minute to me. Over time I learned to keep myself company alone and the Poet in this was really an exemplary friend. I spoke alone, I played alone and I had the only comparison with my ideas and my writings. In the morning I spent it in the company of my companions who, after years and days of crying because of bad things I did not understand, had finally become friends; the afternoon I would go back to the fields around the house with my dog and I would run happily in the castles and woods of my imagination, where no human being could reach me.

I write to tell stories.